FH Bonded Cable is formed by fusion-bonding several round or flat cables together, simplifying internal wiring and reducing the work required to wire cable tracks. The FH Bonded Cable can also eliminate cable tangling and rubbing inside the cable track and prevent unexpected accidents.

In addition to regular cables, the FH Bonded Cable can fuse various combinations of wires and cables including air tubes. It is possible to separate bonded cables without using special tools allowing for easy terminal processing.

When Several cables are inserted in a cable track conveyor and moved over 100 million times, the cables become tangled.

When wires are fused into a bonded cable, the cable track can be moved over 100 million times without tangling the wires. 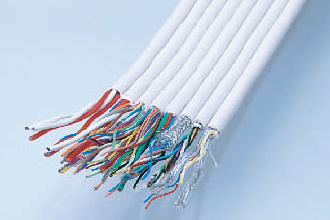 When wiring a regular cable into conventional cable tracks, there is a risk of early stage disconnection caused by cable tangling and rubbing between wires when the cable is moving.
The FH bonded cable is not tangled or rubbed, so cable life is significantly longer. 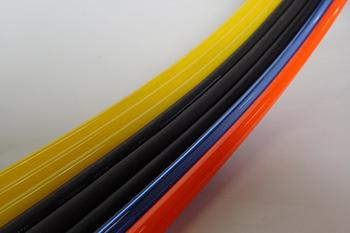 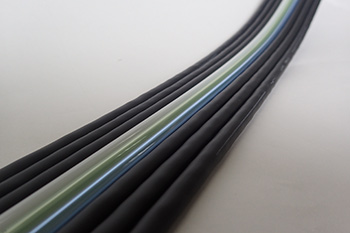 FH bonded cable can be used in combination with standard cables, as well as with air tubes.